PHILADELPHIA, Dec. 2 /PRNewswire-FirstCall/ -- Crown Cork & Seal Company, Inc. (NYSE: CCK), announced today the signing of a SuperEnd(TM) license agreement with Amcor Limited, the leading beverage can manufacturer in Australia and New Zealand, which will allow Amcor to manufacture and sell SuperEnd(TM) in those markets.

SuperEnd(TM) is the latest technology easy open end for beverage cans which provides consumers with improved pourability, drinkability, ease of opening and appearance. SuperEnd(TM) is a stronger, lighter weight end and requires less metal among other significant benefits to producers and fillers. These consumer and customer advantages have positioned SuperEnd(TM) to become the next standard for beverage ends worldwide.

Crown has successfully produced and sold over 8 billion SuperEnds(TM) in North America and more than 2 billion have already been produced and sold in South Africa by Nampak Ltd. under license from Crown Cork & Seal. The pace of customer conversions remains strong, and by the end of 2003 Crown will have an annualized capacity in North America of over 15 billion ends. In addition, Crown will launch SuperEnd(TM) in Europe in early 2003.

Crown Cork & Seal is a leading supplier of packaging products to consumer marketing companies around the world. World headquarters are located in Philadelphia, Pennsylvania. 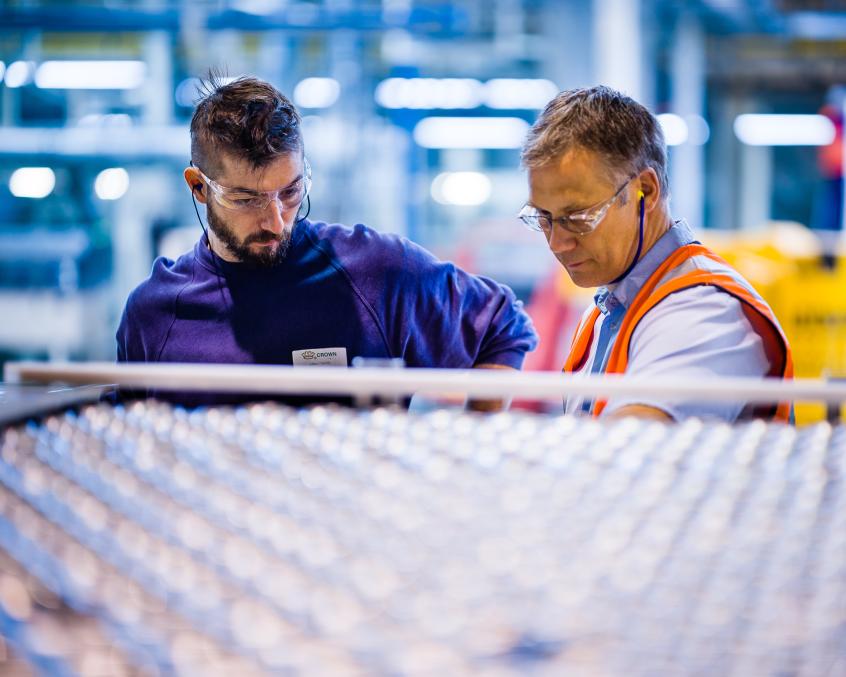 Crown Honors Three of Its Facilities for Outstanding Sustainability Performance